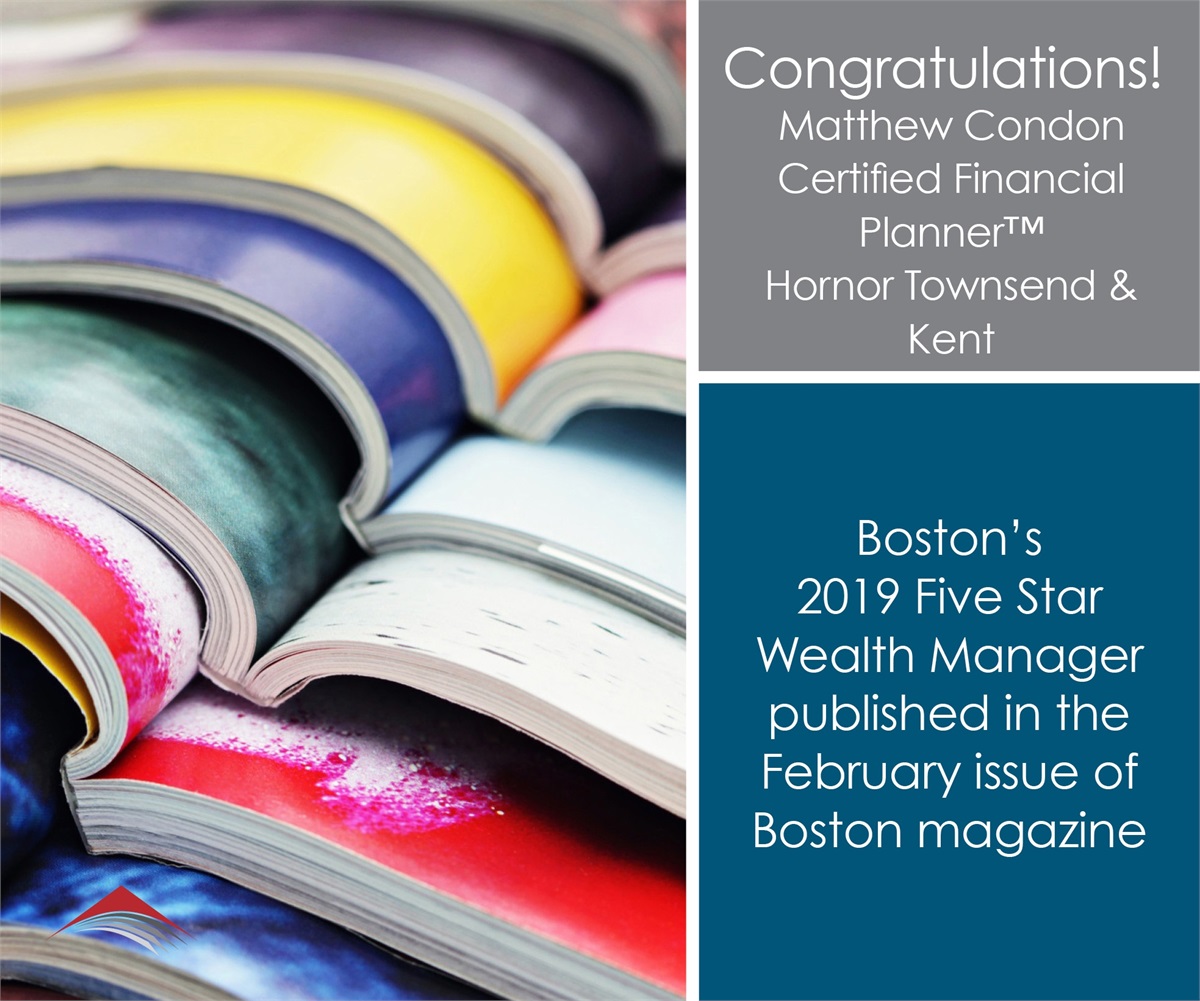 Matthew J. Condon, CFP® has been selected as one of Boston's Five Star Wealth Managers. The Five Star Wealth Manager award program is one of the largest and most widely published wealth manager award program in the financial services industry. The award is based on a rigorous, multifaceted research methodology, which incorporates input from peers and firm leaders along with client retention rates, industry experience, and a thorough regulatory history review.

Five Star Professional conducts research to help consumers with the decision of selecting a service professional in their area.

Candidates for the award are judged on ten eligibility and evaluation criteria that are associated with providing quality services to clients. These criteria include: Industry credentials, experience and assets under management, number of households served, among other factors. Professionals do not pay a fee to be considered or placed on the final list of Five Star Wealth Managers. Wealth managers are defined as the individuals who help their clients prepare a financial plan and/or implement aspects of their financial plan.

Check out the February 2019 edition of Boston Magazine to learn more about Matthew Condon and Condon Sullivan Wealth Management & Planning.

The award is not indicative of the award winner’s future performance. To qualify as having a favorable regulatory and complaint history for this award, the person cannot have (1) been subject to a regulatory action that resulted in a license being suspended or revoked, or payment of a fine, (2) had more than a total of three customer complaints filed against them (settled or pending) with any regulatory authority or Five Star Professional’s consumer complaint process, (3) individually contributed to a financial settlement of a customer complaint filed with a regulatory authority, (4) filed for bankruptcy, or (5) been convicted of a felony.

Wealth managers do not pay a fee to be considered or awarded. Once awarded, wealth managers may opt to purchase additional profile ad space or related award promotional products. 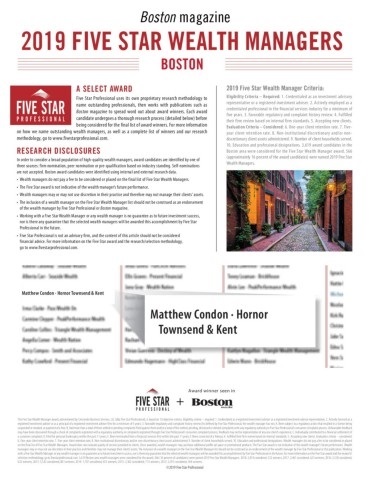